One Thing Blocking Your Slam Dunks

I think I might of mentioned this book I’m slowly reading through in a previous post. The book is ‘READY, FIRE, AIM’.

It was written in 2008 by Michael Masterson. If you don’t know who he is it’s ok, but the more you learn about him and read his books, the better you will be able to market and grow your business on Facebook (or anywhere) – I only mention Facebook here specifically, because this blog is dedicated to it.

Masterson has influenced hundreds of millions of dollars in sales in multiple different businesses, your time spent reading one of his books will be time well invested.

I’m reading the hard copy of the book, so page numbers might be different if you have a soft cover. In the hard cover you can skip to page 183, and you’ll read a complete gem of a gold nugget! 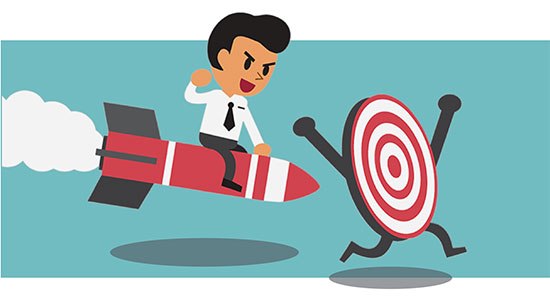 It’s a brief statement about Fred Smith, the founder of a global giant you might of heard of called Federal Express.

If you can hear the lesson in this next paragraph, you’ll see the fast lane to your businesses growth. If you change lanes or not, is another thing.

I’ll paraphrase this section from READY, FIRE, AIM so it’s a quick read for you here.

“I can assure you that Fred smith, the founder of Federal Express wasn’t the only person to come up with the idea of starting an overnight delivery service to compete with the woefully incompetent U.S. Postal Service.

I would be surprised if literally thousands of other entrepreneurs weren’t simultaneously mulling over the same idea. What made Fred Smith different from the rest of us, was that he didn’t just think about the idea; he took action.”

The world is too big, there are too many people in it. None of us really have unique thoughts. No matter how valuable, risky or twisted they are!

It’s a commonly held belief that Steve Jobs invented the touch screen smartphone. But he didn’t.

Watch this three minute video and you’ll be amazed.

A inventor from Finland named Johannes Väänänen has this working prototype of a touch screen smartphone from 2002. Six years before the Apple iPhone was first announced.

But I’m confident there would have been thousands of other people THINKING about such a device, and tens more building/tinkering with the idea at the same time.

What Does This Mean For Your Business and Facebook Marketing?

This section of READY, FIRE, AIM tells you and I about the absolute necessity to take action.. or “to FIRE”.

Just FIRE. Don’t worry too much about your aim, or the target. Just FIRE and see what happens (see if customers have a positive reaction to what your advertising).

FIRE and see where the bullet lands. Did your gun work? (Did your product idea make some at least kind of a bang when you shot out into your market?

FIRE and FIRE again until you start at least turning heads. Different ideas, different guns and different bullets of yours, will turn heads more than others.

You can worry about the AIM later. AIM is narrowing in and perfecting. And it’s the stage that we all get stuck in. I’m better at this principle now, but I still tinker and tweak too much sometimes.

What’s more important is for me to FIRE the idea out into my target markets world and see if there is any reaction. If there is, I can perfect it later. If there’s not, I can FIRE and test something else.

Yes, this is an indirect message to you about your idea. About your business or your next marketing campaign that you have been thinking about for too long.

In reality, even if you’re starting with nothing it would only take $200-$300 to test if your idea is as appealing to your customers as what you think it is.

$200-$300 is less than a weeks works for most people who are going to read this. Therefore, if your marketing campaign doesn’t work, and you “waste” your $200-$300, you only need to work another week to get back to square one. One week is quicker than 2 years of thinking and tweaking some idea you have.

Go ahead and FIRE.

Keep FIRING until you make a noise.

Tagged with: One Thing Blocking Your Slam Dunks. facebook ads